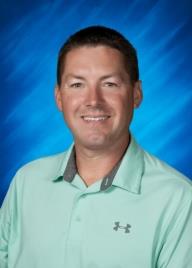 Matt grew up in Comstock, MN and graduated from Barnesville High School in 1998. He attended Concordia College, Moorhead and received a bachelor of science degree with a major in business and minor in history in 2002 and he also played baseball for the Cobbers. Matt worked in the private sector for a short period of time and then went back to Concordia for a year and a half and earned his teaching license. He began teaching at Barnesville High School in the fall of 2005. In 2014, Matt earned his Masters in Technology Education from Valley City State University.

Matt and his wife, Megan who is a 5th grade teacher at Atkinson Elementary School, live outside of Barnesville and have three children: Carter 5, Harper 3, and Colby 8 months.